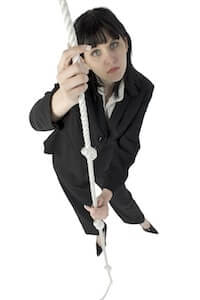 Problem: Many I-140 petitions are denied simply because of poor drafting of the PERM application itself. This particularly true for foreign nationals who possess three-year Indian degrees.

Solution: Careful planning of the PERM application can lead to EB-2 and EB-3 petition approval for aliens possessing Indian three-year degrees. Certain specific rules apply for which numerous lawyers do not understand.

Many immigration lawyers do not understand how to represent their clients in PERM green card processing when the foreign national possesses a three-year bachelor’s degree from India. As a Columbus, Ohio immigration lawyer, I receive numerous calls where the foreign national’s PERM green card has been approved but the subsequent I-140 had been denied by the USCIS. By the time we get the case, the damage had already been done and the foreign national had wasted valuable time and resources. The main question is, can a foreign national who received a three-year bachelor’s degree from India qualify for permanent residence on the basis of EB-3? Can such foreign national qualify on the basis of EB-2? Clients who call my office state that their attorney categorically dismissed such foreign national’s chance of ever getting an EB-2. This article explains that such opinion is contrary to correct legal interpretation of the manner in which the USCIS and Nebraska Service Center will adjudicate these cases.

What is the Source of the Problem? Could it be me...?

In 2005 the labor certificate application process was replaced with PERM and many previously filed labor certificate applications were refilled under the PERM process. Initially PERM applications were being adjudicated in days, which obviously was encouraging. When it came to the I-140 processing, however, many foreign nationals whose PERM applications were based on three-year degrees were shocked to learn that their I-140s are being denied on the premise that such degrees are not equivalent to a US bachelor’s degree. The USCIS argued that three-year degrees are not equivalent to 4-year degrees and that the Indian educational system awards both three year and four-year degrees. In doing so, the USCIS had completely ignored the quality of education given in India which in many cases surpasses the US educational curriculum. Based on the writer’s independent research, many three degrees awarded in India, yield more classroom hours than their American four-year degree counterparts. In other words, Indian three-year bachelor’s degrees offer more intensive education than a similar four degrees awarded in the United States. Even though the Nebraska Service Center repeatedly assured immigration practitioners and employers that each case turns on its own merits, the USCIS takes a categorical approach that such three-year bachelor’s degrees are not equivalent to four-year degrees.

Why is Your I-140 Being Denied? The “Single Source Rule” Conundrum...

But the problem is one of regulatory construction! The EB-2 and EB-3 regulations under 8 CFR §204.5(k) and (l), talk about the qualifying educational criteria for these employment-based preference categories as a US baccalaureate degree or a “foreign equivalent degree.”

For instance, the EB-2 regulations, among other criteria, will accept a position requiring an advanced degree or a bachelor’s degree or a “foreign equivalent degree” plus five years of progressive experience. Likewise the EB-3 professional category regulations would award an immigrant visa to a foreign national beneficiary if the position required and the alien possessed a US baccalaureate degree or a “foreign equivalent degree.”

Simply put, the USCIS will only accept one such degree since the regulatory language does not speak of “degrees” but rather talks about a “foreign equivalent DEGREE.” This is called the “single source” rule. Since the regulations speak of a “degree,” a single “degree” then only one “degree,” and in most instances, not a combination of degrees will suffice. On that basis, the USCIS considers a three-year bachelor’s degree from India to not equate a US baccalaureate degree since it is not a four-year degree. It follows that in most cases if the foreign national tried to augment the missing degree with another degree in a different field or a diploma then the single source rule will be violated and the alien will not have a “foreign equivalent degree” but “degrees.” It is no that basis that the USCIS is denying the I-140 petition. It matters not how many credential evaluations the foreign national may obtain pointing that the combination of degrees are equivalent to a US degree, and unless certain steps are carefully undertaken during the PERM process, the USCIS in most cases will deny an I-140 petition for EB-3 or EB-2. Furthermore, any precatory language drafted by practitioners to try to explain that “any combination of degrees will suffice for the bachelor’s degree” or inserting the word “or equivalent” will not work.

Hence, if the PERM application specified that the minimum educational qualification for the position is a bachelor’s or master’s degree or “equivalent,” then the USCIS will deny the subsequent I-140 petition if the foreign national possessed a three year bachelor’s degree, had a subsequent one or two year master’s degree in a different discipline. Unless precautionary language was included in the PERM labor certificate application, an EB-3 or EB-2 petition will be denied if the foreign national possessed a three-year bachelor’s degree.

It is crucial for the immigration practitioner representing foreign nationals who posses Indian three-year degrees and who are undergoing the permanent residence process through PERM to understand these concepts as failure to do so will lead to grave unpleasant and expensive consequences.

The above recitation is a detailed analysis of USC regulatory interpretations and the reason why so many I-140s were denied even under the EB-3 category when the foreign national possessed a three-year bachelor’s degree from India. In order for the process to be successful, the immigration practitioner must understand the pitfalls created by the USCIS regulatory interpretation. Furthermore, certain language must be included in the PERM application in section H which clarifies that the employer will accept a three-year degree. The Nebraska Service Center has approved various combinations of certain phrases or words that must be recited in section H of the PERM application that will make it clear that the minimum qualifications for the job opportunity are less than a US baccalaureate degree or a “foreign degree equivalent.” The recitation of such phrases will cause the subsequent I-140 petition to be approved in the “Skilled Worker” category not the “Professional Degree” necessarily. This is a distinction without a difference since both categories are lumped in the EB-3 category and the foreign national will not lose anytime should he received his or her I-140 in the Skilled Worker EB-3 category. Again, it matters not if the foreign national had 10 years of experience subsequent to her three-year bachelor’s degree or a master’s degree or several post-graduate degrees or diplomas in different fields, the PERM application must include this specific language in order for the subsequent I-140 to be approved in the EB-3 category.

The Three Year Indian Degree Could Still get you an EB-2... The six Year Rule...

The Importance of Credential Evaluations...

There are countless of degree scenarios that are beyond the scope of this article. Suffice it to say that anything is possible so long as they are done in accordance with a deep understanding of the rules and USCIS interpretations. For instance, in certain situations, a foreign national may have a transfer credit situation which on its face, may lead the USCIS officer that in fact she has a three-year degree that is not a “foreign degree equivalent.” This maybe the case of a three-year degree obtained after an advanced “A” level degree which is common in the British and certain commonwealth countries educational system. For that reason, the importance of an educational competent degree evaluator who understands these issues cannot be more emphasized.

Contact The Law Firm of Shihab & Associates, Co., LPA should you have a situation involving a complex labor certification issue. We know the rules and have a thorough understanding of foreign credential issues. Our lawyers are ready to take your call today and discuss your unique situation with confidence.