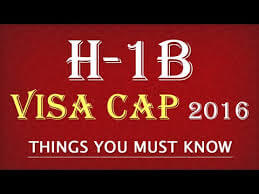 Once again, on December 31, 2015, the Department of Homeland Security (DHS) has issued a notice of proposed rulemaking that seeks to read into the INA statute words and phrases that are not included in it, and that Congress never intended.  These changes would make it more difficult for H-1B visa holders to seek exemptions from the H-1B visa cap by working at an institution of higher education, a related or affiliated nonprofit entity, or at a nonprofit or government research organization.  Exemptions have long been available for H-1B employees who are “employed at” these kinds of institutions, but the new proposed rule will seek to more narrowly define who will be considered “employed at” these institutions.

There are two main changes that are proposed in the new regulations with regard to H-1B cap exemptions.  The first major change is a “clarification” of the agency’s interpretation of the meaning of a worker being “employed at” a qualifying cap exempt institution.  (See 80 FR 81900, 12/31/15.)  This change now requires that a worker must perform a majority, (more than half,) of his or her job duties at the cap exempt institution, and that these job duties must predominantly further the institution’s essential mission and purpose.  The second major change is a more welcome addition.  This change adds to the definition of an “affiliated or related nonprofit entity,” recognizing a new type of cap exempt relationship—one based on a formal, written affiliation agreement between a nonprofit entity and an institution of higher education.  Let’s discuss these changes in more detail, comparing the new rule changes to the current rule for H-1B cap exempt organizations.

The Meaning of “Employed At” a Qualifying Institution

The first area addressed by the new rule for the H-1B cap exemption is the meaning of being “employed at” a qualifying institution.  Under both new and old rules, there are two types of situations where an H-1B worker would be exempt from the numerical cap.

The first situation is where the H-1B worker is employed directly by a qualifying employer, (or has received an offer of employment.)  A “qualifying employer” is an institution of higher education, a related or affiliated nonprofit entity, or a nonprofit or governmental research organization.  There is not much change in the new rule under this scenario, except for a codification of the definition of “institution of higher education” based on the one found in the Higher Education Act of 1965, which does not include for-profit educational institutions.  Also, see below for more on the expansion of the definition of the term “related or affiliated nonprofit entity.”

Under the new proposed rule, the agency “clarifies” this confusion, by reading a new word into the statute and adopting a stricter standard for being “employed at.”  The agency has now interpreted, that an H-1B employee will qualify for the exemption from the numerical cap, only if they spend the “majority” of their work time performing job duties at a qualifying institution, (at least 51% of their time.)  The job duties must directly and predominantly further the essential purpose, mission, objectives, or function of the qualifying institution.  The burden is on the H-1B petitioner to establish a logical nexus between their duties and the essential purpose of the qualifying organization.

Here, the agency has added a new phrase, “majority,” to describe the amount of the worker’s time that is needed to be spent at the qualifying organization, while separating the phrase “predominantly” to govern over the nature of the worker’s job duties, that they must be related to furthering the organization’s educational or research-oriented mission.  This new word, “majority,” was not contained in the text of the INA.  It joins the word “predominantly,” which also was never included in the INA.  The agency reads both of these requirements into the statute based on the legislative history, in which it was stated that “by virtue of what they are doing, people working in universities are necessarily contributing to educating Americans.”  (See S. Rep. No. 260 at 21-22.)

This rule change claims to allow greater flexibility for third-party petitioner’s to provide highly-skilled employees for qualifying educational, nonprofit, and research organizations.  However, third-party petitioners may be adversely affected by this rule change, because it is not uncommon for H-1B employees to spend less than 51% of their time working at a qualifying institution.  For example, a physician may only spend one day a week working at the qualifying hospital, while performing other important duties at another worksite the rest of the week.  It is important to remember that these qualifying institutions are on a different hiring cycle than other kinds of employers, and they have special needs and requirements that are unique to these types of entities.  The H-1B numerical cap deadline and requirements could hinder these institutions from performing their educational, nonprofit, and research objectives, by preventing them from hiring any H-1B workers whatsoever.

The Meaning of an “Affiliated or Related” Nonprofit Entity

Under the proposed new rule, this definition has been expanded upon to include a new category.  This new category intends to provide an additional way a nonprofit entity can establish a sufficient relationship with a qualifying organization—one based on a formal, written affiliation agreement.

Under both the old and new rules, a nonprofit entity can be considered “related to or affiliated with” an institution of higher education if:

This new expansion to the phrase “related or affiliated nonprofit entity” better accounts for the nature and scope of many common, bona fide affiliations that exist in which H-1B employees are needed.  It provides for greater flexibility for institutions of higher education to access highly-skilled and talented H-1B workers, throughout their often wide network of related and affiliated entities.  Unlike the changes made to the term “employed at,” this new expansion to the term “related or affiliated nonprofit entity” should be welcomed by H-1B employees and employers alike.  These new changes are still only a proposed change to the current regulations.  If you would like to add your voice to the discussion and make a public comment on how these new changes may negatively or positively affect highly-skilled nonimmigrant workers or employers, please visit regulations.gov and make a comment before February 29, 2016.