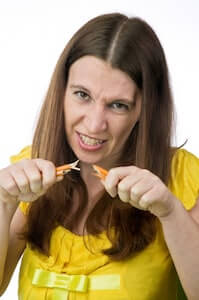 The US Citizenship & Immigration Services (USCIS) recently announced that it will be altering decades’ worth of a well-established procedure which has Columbus Ohio immigration lawyers and their clients confused and angry.

For as far back as I can remember in the 18 plus years I have been practicing immigration law, the USCIS’s established procedure called for mailing approval notices relative to employment based non-immigrant visas (such as H-1B visas) directly to the attorney who had filed a signed Notice of Entry as an Attorney of Record along with the petition. That procedure allowed the attorney to carefully monitor the progress of the case during the USCIS adjudication process as well as post the approval of the case itself. Simply put, the prior procedure worked well.

Now, the USCIS wants to fix a procedure which was never broke. The new procedure now calls for mailing the approval notice for such non-immigrant visa petitions (also known as the I-797 Notice of Action) directly to the sponsoring employers, instead to the attorney of record. US immigration lawyers believe that this is yet another way the USCIS seeks to drive a wedge between them and their clients, the petitioning employers.

The American Immigration Lawyers Association has sharply criticized the new policy thereby requesting the USCIS to restore the prior procedure. The USCIS held a teleconference on October 12, 2011 to review this new procedure. Interestingly, in its announcement for the teleconference, the USCIS offered an unusual way to have immigration attorneys continue to receive the I-797 approval notices by including on the petition for non-immigrant workers (Form I-129) the attorney’s address in the filed where the company’s address must be entered. This, as the USCIS explained, will cause the USCIS to mail the approval notice to the attorney instead of to the company. The USCIS warned, however, that it utilizes the Validation Instrument for Business Enterprises (VIBE) process, which relies on the business address of the employer to validate whether the petition is filed fraudulently. Using the attorney’s address on Form I-129 may disrupt the VIBE process, the USCIS explains and advised attorneys to enclose a separate sheet along with the petition indicating the true address of the employer in order to avoid such discrepancy (without any guarantees).

What a disaster!!! In other words, the USCIS is encouraging attorneys to intentionally misrepresent the address of the employer on Form I-129 and to risk having the employer’s identity validated in order to do her job of correctly monitor the progress of the case and advise the client efficiently.

I join my immigration attorney colleagues in stating that this is an ill-advised policy for many reasons. but, before delving into the problems that I see with this new procedure, I would like to share with you the steps that we normally undertake once we receive an employment-based non-immigrant visa approval notice on behalf of our client’s employees. For the last 10 years in my practice, I have utilized an intricate on-line document storage, data gathering and reminder system integrated into a proprietary web-based processing portal. Upon receipt of an approval notice, we scan and upload it to our immigration processing portal. An instant reminder is created in our system which will alert us to contact the client six (6) months prior to the expiration of the employee’s status. Then an email is generated to the client and the employee informing them that their case has been approved. Finally, the approval notice is mailed to the employee providing them with tips about maintaining their status and advising them what to do in the event they need to travel. (Our law firm was named finalist in innovation by TechColumbus in 2008. We now utilize a vendor-based system which we call ShihabEDGE.)

With the approval notices now going to employers, these valuable practices will be compromised. Unless the employer has in-house counsel versed in immigration-related matters (which is very rare), the employer does not possess the skills or resources to monitor the expiration status of their employees’ status and/or to advise them regarding the procedures in obtaining visa stamping.

The recent policy by USCIS is ill-advised; it wastes time and increases the employer’s costs. I urge all employers to contact their congressmen to put pressure on the USCIS to reveres this unnecessary procedure. Tell the USCIS that the prior system worked just fine and there is no reason to drive a wedge between the attorney and the employers they represent. If it ain’t broke, don’t fix it!