Amid the spread of fear and question marks here in America over the recent ISIS attacks, it may be good to take a second to recognize what happens when a refugee of any kind attempts to cross into American borders.

The refugee vetting process has several key checkpoints that any and all refugees must pass in order to enter the United States. The Homeland Security Department handles the process to allow refugees to enter the country, a process which forces incoming refugees to take fingerprints and submit in-person interviews overseas, where they are forced to provide even the most intimate details of their lives abroad. These details include information on their families, friendships, activities both social and political, their employment and other personal information.

Although the process of identifying Syrian refugees through documentation can be difficult, since many don’t have the necessary documentation to begin with, Syrian refugees have said that they often are forced to bring family records would often do the job for almost any other refugee from another country.

Refugees from all countries are screened by several different agencies, including the United Nations High Commission for Refugees, where they are first referred to whichever country that makes the most sense for resettlement. If that’s the United States, they are then screened by the National Counterterrorism Center, the FBI’s Terrorist Screening Center and then finally the Department of State. Refugees from Syria, in particular, are then subject to additional screening. All of this takes between 18 to 24 months before a Syrian refugee is approved for admission to the United States.

America approves 70,000 refugees from all around the globe each year. However, only 1,800 of the 140,000 refugees admitted in the last two years have been Syrian refugees and only 2,500 since the war in Syria started in 2011. President Obama wants to admit 10,000 or more in the next year, but U.S. officials say only two percent would be “single males of combat age.”

While the House and Senate debate whether to change the vetting process, Canada is welcoming Syrian Refugees with open arms. Canada has contributed $403 million in humanitarian aid to the Syrian crisis and has shown a commitment to working with refugees and assisting families in their new life in Canada once they are settled in the country. The Canadian government committed to admitting 25,000 refugees over four years last month, a number which greatly exceeds President Obama’s plan for 10,000. People in the Canadian city of Toronto pledged to help the incoming refugees, especially since they would not be used to the Canadian Climate. The gestures include presents for children and winter coats for the families. 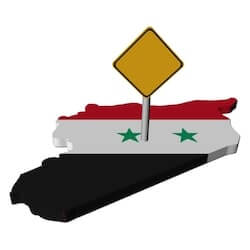 Canada can be used as a great example to the rest of the world in helping the Syrians get through a difficult and dangerous time. As things stand now, less than 1% of Syrian refugees will ever get a chance to be resettled overseas, despite the efforts of Canada and other countries. More than 75% of Syrian refugees are women and children and after nearly four years of civil war, more 250,000 people have been killed in Syria. Most of those killed are believed to be civilians. That sort of stress would be difficult to bear for any country and anyone would want to flee from that situation.
If you have questions about immigration and/or you need help in an immigration process, please contact The Law Firm of Shihab & Associates, Co., LPA for a consultation. Our law firm handles various matters including Green Cards and Permanent Residence, family immigration, asylum cases, immigrant visas, non-immigrant visas, employment visas and H-1B visas, investors-visa, PERM applications and many more.