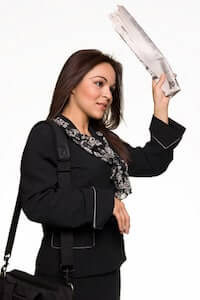 On April 7, 2011, the USCIS published on its website a page entitled “Questions about Same or Similar Occupational Classifications Under the American Competitiveness in the Twenty-first Century Act of 2000 (AC21).” The issuance of this new page implies renewed USCIS position in the adjudication of I-485 portability applications pursuant to AC21. This is significant since there has recently been a significant increase in the incidence of “job hopping” on the part of many aliens who are currently in the I-485 stage awaiting visa availability. So, what does this mean for those aliens currently in the I-485 stage who wish to take advantage of the portability provision?

Prior to the introduction of AC21, foreign national beneficiaries of employment-based permanent residence applications, were forced to remain with their sponsoring employers until their I-485 applications were adjudicated. As a result abuse of employees, who endured unfavorable working conditions for the sake of their pending green card applications, was widely reported. In cases where certain Indian and Mainland China-born nationals were forced to wait out the per-country immigrant visa limitations prior to filing their I-485 applications, their indentured servitude with their current employer were even more painful. Making matters worse, those employees who reached their six years on H-1B visa prior to the filing of their I-485 applications were forced to surrender their American Dream and return to their home country for a one year wait prior to embarking on their immigration journey to the US.

What is the I-485 Portability Provision?

Congress realized the inequities caused by the prior state of immigration laws and passed AC21 which allowed the mobility of not only H-1B visa holders who wished to change employers, but also introduced what is now known as the “I-485 portability provision” of AC21. This provision was introduced by section 106(c) which is very brief and created ambiguity regarding its application. The statutory portability provision allows for “job flexibility” premised on “lengthy adjudication” of adjustment of status applications. It states “a petition ……for an individual” shall remain valid with respect to a new job offer, if such individual has filed an application for adjustment of status which remains unadjudicated for 180 days and the new job is in the “same or similar occupational classification” as the job for which the petition was originally filed.
Subsequent to the Introduction of AC21, the USCIS and its predecessor agencies, the Bureau of Citizenship & Immigration Services, as well as the Immigration & Naturalization Service, issued several memoranda and other publications which sought to clarify some of the ambiguous provisions of the statute. We shall examine all of these guidance publications in brevity.

This memo simply reintroduced the statutory language without much in the way of explanation. It is worthy to note that July 31, 2002, a guidance memo issued by the USCIS allowed for the concurrent filing of the I-140 immigrant petition and I-485 adjustment applications. The portability provisions did not contemplate such concurrent filing because it speaks about continuing validity of the I-140 petition which presupposes that such petition would have been approved prior to the filing of the I-485 adjustment application and would therefore continue to be valid with the changed employment. What then be the fate of an I-485 that remains unadjudicated for more than 180 days but where the concurrently filed I-140 petition also remains unadjudicated? These questions would linger for 4 more years.

The portability provisions also created another ambiguity. The employment-based immigrant petitions do not require the foreign national to be employed by the petitioning employer. Rather, it requires such individual to join the petitioning employer upon the approval of the I-485 application. Hence, the foreign national requires a “job offer” not an actual job to keep the green card application alive. But the statute speaks about increased “job flexibility” and continuing validity of the immigrant petition in the case of a “new job.” Did the statute create a deviation from well established legal principles in that it requires the foreign national to have an actual job instead of a job offer? How does it work?

The August 3, 2003 Yates Guidance Memorandum – When do Revocations of Approved I-140 petitions Hurt and When are They Ineffectual?

No matter what the reason for the revocation of the I-140, the August 3, 2003 guidance memorandum that an attempt to revoke an approved I-140 petition by an employer is effective when: a) at any time before the I-485 is filed; and 2) before 180 days from the filing of the I-485 petition. It also confirms that an attempt by an employer to revoke an approved I-140 petition after the passage of 180 days of the filing of form I-485 adjustment application is ineffectual and the I-140 petition remains approved toward a new job offer. This will obviously solidify the alien/beneficiary’s endeavor to continue on (or port) his green card application with an employer other than the one who originally sponsored his petition.

The practical effect of this rule is to prevent an alien beneficiary from changing employment during the green card process until the occurrence of these two occurrences: 1) the approval of the I-140 immigrant petition; and 2) the passage 180 days after the filing of the of I-485 adjustment application. It is only when these two facts occur will the alien/beneficiary’s approved I-140 completely vests in him. Vesting is when the alien beneficiary is able to safely change his employment and preserves the green card process initiated by a prior employer.

As will be seen in part 2 of this article, subsequent memoranda by the USCIS greatly expanded its interpretation of this provision. Tune in form Part II of my article very soon.