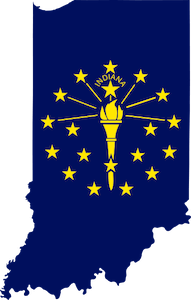 The ink is still drying on the U.S. Supreme Court’s decision regarding SB 1070, Arizona’s controversial immigration law, where the Court invalidated several parts of the law while upholding one of the challenged provisions. The decision is already having an impact around the country. An immigration law passed in Indiana in 2011, and modeled on Arizona’s law, is currently the subject of federal litigation. The Indiana branch of the American Civil Liberties Union (ACLU) sued on behalf of three immigrants challenging the law’s constitutionality. Much like in Arizona, a judge enjoined enforcement of parts of the law last year.

The decision in Arizona v. United States struck down three of the four challenged provisions in Arizona’s law. It affirmed the constitutionality of the provision requiring police to inquire into a person’s immigration status during a legal stop if they have “reasonable suspicion” that the person is undocumented. The Court put limitations on how the state may enforce the provision, holding, for example, that police cannot engage in racial profiling or otherwise violate the equal protection provisions of the Constitution. Whether the state will abide by that part of the ruling remains to be seen.

The ACLU filed suit in U.S. District Court in Indianapolis on May 26, 2011 to challenge SB 590’s constitutionality. The civil rights organization is specifically challenging the provision granting police authority to arrest someone for suspicion of indictment or a notice of action, and the provision banning foreign consular ID’s. The three plaintiffs described themselves as immigrants with the legal right to be in the United States and to work, who would become subject to arrest once SB 590 took effect if, for example, they received any sort of notification from DHS related to immigration applications. A judge granted a preliminary injunction on June 24, 2011, prior to the law’s July 1 effective date.

The judge concluded that the challenged provisions of the Indiana law violated federal supremacy on immigration questions. The provision for arrest violated the Fourth Amendment in part by authorizing arrest for admittedly non-criminal matters, in the absence of any indication that immigration authorities want a person arrested. The provision prohibiting consular ID’s, the judge ruled, not only violates federal supremacy but also interferes with the rights of the sovereign nations issuing the ID’s. The judge also held that the plaintiffs have a plausible case on due process and equal protection grounds.

The United States immigration system is often complicated and confusing. For a confidential consultation with a skilled and experienced Ohio immigration visa lawyer, contact Gus Shihab online, or by calling toll-free at (800) 625-3404 today.