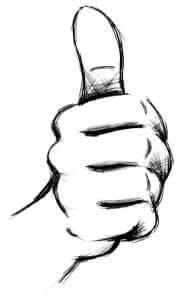 If you are one of the “Dreamers” interested in filing for immigration benefits under the new Deferred Action for Child Arrivals program (DACA), new data has been released that may be of interest to you. After the new DACA program’s one-year anniversary has just arrived, the Brookings Institution has released the data to show the results of the program so far.

The Obama administration created the DACA program and began accepting applications in the summer of 2012. The program is for certain undocumented foreign nationals, and allows them to stay in the United States, and get legal work authorization, without fear of being deported. The DACA program is aimed at those foreign nationals who came to United States at a young age, and likely did not have a choice.
Provided that you qualify for DACA, it seems extremely likely that your case will be approved. As of July 31, 2013, there have been a total of 573,404 DACA applications filed, 552,918 accepted, and 20,486 rejected. Of these, there have been 430,236 total DACA cases approved and 7,450 cases denied. This means that only 1.7% of cases have been denied.

DACA impacts mostly Mexican foreign nationals. Three quarters of all DACA applicants are from Mexico at 74.9%, which is three times more than all the other countries of the world combined. The second largest nationality group to apply for DACA is El Salvador at 4.0%, which is followed by Honduras at 2.7%, then Guatemala at 2.5%, then South Korea at 1.5%.

What Does This all Mean?

You must meet all of the following criteria in order to qualify for DACA: