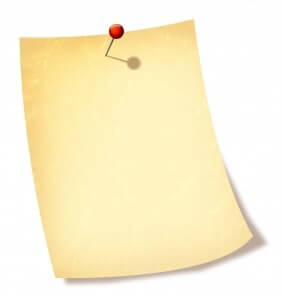 A recent BALCA court case indicates that a PERM application may be denied if the employer fails to maintain some evidence of where the Notice of Filing was posted that may be submitted to a USDOL Certifying Officer in response to an audit request. The court held that although the NOF itself is not required to contain the posting location, there must be some other evidence of the location in addition to the employer’s attestation on the PERM application.

The US Department of Labor Board of Alien Labor Certification Appeals Court (BALCA) recently decided in the case In the Matter of Redyk Travel (Case No. 2011-PER-02738), that a PERM is subject to denial when the employer fails to disclose the posting locations of the Notice of Filing (NOF).

The employer requested the CO to reconsider the application and argued that the regulation does not require the NOF to contain the posting location. The evidence that the employer had posted the NOF in the proper location was its attestation on the ETA Form 9089 PERM application. The CO did not reconsider its denial, and it determined that the employer did not follow the regulations pertaining to PERM Notice of Filing requirements. The case was sent for appeal to BALCA.

The Code of Federal Regulations provides in 20 CFR § 656.10(d)(1)(ii) that the notice must be clearly visible and unobstructed while posted and must be posted in conspicuous places where the employer’s U.S. workers can readily read the posted notice on their way to or from their place of employment. That section also provides that the documentation requirement may be satisfied by providing a copy of the posted notice and stating where it was posted.

But BALCA Court did say that the employer was required by regulation to state in its response to the CO that the NOF was posted at the proper location. The court said that although regulation does not require the employer to include the posting location in the NOF, the employer must provide a method by which the CO may verify that the NOF was posted in location that was clearly visible, unobstructed, and where US workers may easily read it. The court held that it was not enough that the location was included in the PERM application because it is not administratively feasible for the CO to investigate the circumstances of each applicant’s business.